The goal of the Poliquin Resident Research Competition (PRRC) is to:

The Awards Chair will select four additional judges who are members in good standing of the Society. It will be the Chairs responsibility to consider balancing institutional, geographic and subspecialty representation while ensuring that the academic rigor of the committee.

The committee will select the following awards :

The Society will finance the successful candidates’ expenses to the meeting by providing economy return airfare (up to $1000 with reciepts) and meeting registration at the earlybird rate.

One (1) prize will be awarded for Outstanding Research with a cash value of $1,000. Three (3) additional Research Awards will be presented with a value of $500 each. The winners’ names and project titles will become part of an ongoing Society listing.

The Society receives many more submissions than are ultimately selected for presentation at the Poliquin Resident Research Competition. Late withdrawal of a submission precludes others the opportunity for presentation. Please note that the withdrawal of your submission from the Poliquin Competition AFTER DECEMBER 31st, 2019 will result in A SANCTION for BOTH the resident and supervisor as decided by the Awards Committee Chair.

RECIPIENTS OF THE POLIQUIN RESIDENTS AWARD

Non-Clinical
1st Place – Dr. Vinay T. Fernandes, University of Toronto, TORONTO, ON
Development of an Ototoxicity Model in Adult CBA/CaJ Mouse and Determination of a Golden Window of Corticosteroid Intervention for Otoprotection

2nd Place – Dr. Xiao Zhao, University of Toronto, TORONTO, ON
The Role of Neural Precursor Cells and Self Assembling Peptides in Nerve Regeneration

2011
Dr. B.J.Hubbard, University of Toronto, TORONTO, ON
A Novel Low-Cost System for Posturography: A Platform for Longitudinal Balance Telemetry??

Dr. Ashlin Alexander, University of Toronto, TORONTO, ON
From Fragments to the Whole: A Comparison Between Cochlear Implant Users and Normal Hearing Listeners in Music Perception and Enjoyment

2008
Basic Sciences – Dr. John De Almedia, University of Toronto, TORONTO, ON
Testing Biomechanical Strength of Grafts Sealed with Adjuncts in an Ex Vivo and in Vivo Models of CSF Leaks

2006
Basic Sciences – Dr. S. Roberge, Universite de Sherbrooke, SHERBROOKE, QC
Influence of the Level of Consciousness on the Frequency of Non-nutritional Swallows and Their Coordination with Breathing in Adult Sheep

2001
Basic Sciences – Dr. Paolo Campisi, University of Toronto, TORONTO, ON
Overview of the Radiology, Histology, and Bone Morphogenetic Protein Expression during Distraction Osteogenesis of the Mandible.

1999
Clinical Research – Dr. Richard Liu, University of Toronto, TORONTO, ON
The Pectoralis Major Myocutaneous Pedicled Flap in Head and Neck Reconstruction – Indications and Results in 249 Cases at the Toronto Hospital.

1988    Dr. Ted Bojanowski, University of British Columbia, VANCOUVER, BC
Analogue Signal Representation of the Medical Superior Olive in the Cat

1987    Dr. Graham Bryce, University of Toronto, TORONTO, ON
The Cross-sectional Osteology of the Midface

Pages In This Section: 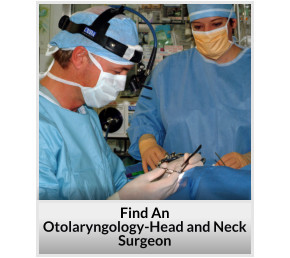