We have moved the COVID-19 Alerts to a dedicated page

There is additional information on this page contained in tabs below.

The Scientific Program Committee is now accepting abstract submissions for the 76th Annual Meeting to be held in Vancouver.  Presentations for the general program can include: (1) scientific papers, (2) electronic posters, and (3) workshops / panels.  For instructions please go to the 2022 Vancouver Annual Meeting page and click on the “Abstracts” tab.  You can also submit your work directly via the link below.

The following chair positions are open for nominations –

Positions will be decided during the business meeting at the 2022 Annual Meeting.  Interested individuals should send a CV along with a letter explaining why they would be right for the position.  Submission can be emailed, faxed or mailed to: Dr. Ian Witterick, Nominating Committee Chair, c/o CSOHNS, 68 Gilkison Street, ELORA, ON N0B 1S0  Fax – (519) 846-0630, Email – [email protected] .

We Are Seeking a Co-Lead

Since 2017, the Collaborative Research Initiative (CRI) has been catalyzing multispecialty research across Canada.  The core multi-specialty group and a separate head and neck oncology group each meet once a month. This initiative has led a large number of multi-centre prospective and retrospective studies, clinical trials and basic science projects.

The CRI is currently led by Dr. Tony Eskander, who also coordinates and leads the monthly Head and Neck Oncology call.

We welcome applications for a Co-Lead to coordinate the multi-specialty core call and facilitate project development.  An ideal applicant is a CSO-HNS member who is a research intensive clinician that is able to dedicate 3-5 hours per month to the initiative, and has experience with database development, statistics, data sharing agreements and multi-site ethics applications.  However, the most important qualification is a strong desire to bring subspecialties together through multi-centre collaboration.

Interested parties need to send a CV and a half page statement of interest to: [email protected]

The Canadian Otolaryngology Head & Neck Surgery Fund is seeking volunteers to fill two positions on the Board of Directors.

The Fund was created on May 22, 1992 and held its first meeting at the CSOHNS’ 47th AGM. It is a registered charitable organization whose mission is to:

Interest individuals should send their CV and contact information to CSOHNS office at [email protected].

As an invited country, delegates* from Canada will benefit from a reduced registration fee,  Click here.

*Delegates of invited countries have to work in the country (it is not the place of residency).

All Events  Events Split Per Region*

To pay outstanding dues click above link and scroll to the bottom of the page.

Journal of Otolaryngology-Head and Neck Surgery

For detailed information about the Journal please click here.

Important Message from the Editors

We would like to inform you that the CSO has made changes to the coverage of the article publication charge (APC) for the Journal.   Members will now be responsible for covering 50% of the APC on original research articles and reviews.  The corresponding author will be billed $772 USD by the Society only after the article has been published. This amount takes advantage of the publisher’s 30% discount to the Journal.  There will be no subsidy provided for any other type of article published in the Journal.  (e.g. case reports)

Changing the coverage of the APC has been taken as a precautionary measure to preserve the remainder of the Journal’s budget for the original research articles and reviews submitted by CSO members.

From an academic perspective, the Journal is healthy due to the quality of academic work and the support of Canadian Otolaryngologists. We continue to rely and benefit from the support of our community. Submissions are projected to exceed 400, up about 10 percent year over year. The Journal is now in the 2nd quartile ranking, with the 5-year Impact Factor of 2.338. The open access format of the Journal has also enabled Canadian authors to showcase their work easily and widely to readers and colleagues around the globe, which in turn has increased citations. This dissemination is also supported by the expansion of different knowledge translation formats such as visual abstracts and increased leveraging of social media.

The CSO appreciates your support and the Editors are available to address any questions.

To review details from past annual meetings please click here.

To post  items for sale please contact us at [email protected]  Advertisements will remain posted here for 3-months unless the office is informed otherwise. 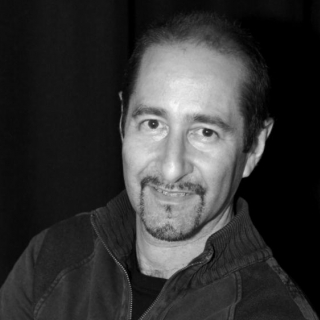 David graduated from medical school in 1985 and completed residency in otolaryngology – head & neck surgery at the University of Toronto in 1991.  Shortly after completing his residency, he served as Chief of Otolaryngology at Doctors Hospital from 1994 to 1998.  He joined the medical staff at North York General Hospital in 1999 and served as Chief of Otolaryngology for 10 years.  During this time, David was very involved in undergraduate and postgraduate medical education. He was a valued member of our community academic faculty. In recognition of his standing in our department, he was recently presented with the Distinguished Alumnus Award, for exceptional commitment and dedication to the practice and teaching of otolaryngology and for professional ethical standards of the highest order.

David’s passions outside of medicine included a love of acting and theatre. He was well known in the local theatre circles for his bravado and falsetto on stage.  He will be forever remembered by his patients, colleagues and friends for his kindness, sense of humor and passion for life.

David is survived by his wife Dr. Cindy Goldfarb and their four children, Robbie (Nikki), Jonathan (Leslie), Rachel and Laura.

Our thoughts and prayers are with his family. David, rest in peace.

Simon was a University of Toronto faculty member at Wellesley Hospital for years and will be remembered by a generation of residents as a gentleman, raconteur and a person of many talents and interests. He was born in Yorkshire England and practiced in England, Hong Kong, Bermuda, Monserrat, Michigan, small towns of Northern Ontario, Toronto and most recently Nova Scotia. His eclectic career included otolaryngology-head and neck surgery, but he had many other “careers” in his journey including soccer, tennis and race car driving. He had a variety of interests in our specialty including head & neck oncology and care of the professional voice. All who worked with him I am sure have a fond “Simon McGrail” story.

It is with sadness that I let you know that Dr. David Briant, age 90, died after a lengthy illness.

Dr. Briant was a “surgeon’s surgeon” with vast experience in head & neck oncologic, endocrine, sinonasal, skull base and reconstructive procedures. He helped pioneer many approaches and techniques that we use today.

Dr. Briant graduated from the University of Toronto’s medical school and then did postgraduate training in otolaryngology – head & neck surgery (OHNS). He practiced at several Toronto hospitals before becoming Chief of OHNS at St. Michael’s Hospital in 1972. He was a full professor at the University of Toronto and held senior leadership roles in our department, St. Michael’s Hospital, international head & neck societies and the Canadian Society of Otolaryngology – Head & Neck Surgery where he was President in 1985.

Dr. Briant will be fondly remembered as a brilliant mentor, skilled surgeon and a wonderful colleague.

This event will be held in June 2022 in Vancouver.   It is an annual interdisciplinary meeting aimed at addressing the challenges of providing accessible, high-quality surgical care to marginalized patients in low-resource settings.  By bringing health professionals across a variety of disciplines together, we are able to share strategies and create solutions for improving surgical care to these under-serviced regions.

Questions and inquires can be directed to [email protected] . 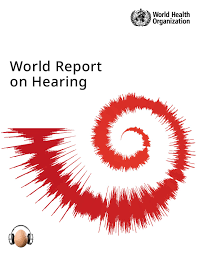 “The World Report on Hearing envisions a world in which no individual experiences hearing loss due to preventable causes, and those with hearing loss can achieve their full potential through rehabilitation, education and empowerment.”

Please find attached a slightly revised ABOHNS policy regarding Canadian applicants to the ABOHNS examination. The changes clarify the requirement for applicants to be compliant with the Royal College MOCOMP program.    PDF Document

What is Otolaryngology-Head and Neck Surgery?

The name of our specialty is challenging to repeat and the breadth of our practice is underestimated.

We’ve created a patient education video entitled “What is Otolaryngology-Head and Neck Surgery” – a short, light-hearted animated video that captures the multi-faceted nature of our specialty. We are hoping to showcase this to patients, medical students, family, friends and anyone else who may not truly understand what we do every day.

Feel free to share this on your respective websites, social media or beyond. Please feel free to contact us if you have any feedback!

Thank you to the Harry Barberian Scholarship Fund for supporting this project.